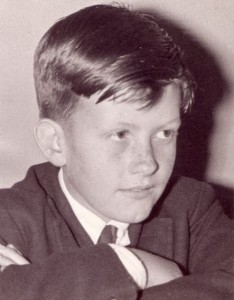 Non-fiction, fiction, B2B, major features for mags (often medical or tech), radio, theatrical and TV/Film scripts, Corporate video scripts (as well as shooting and editing), short stories, press releases and reports. Not SEO, and specifically not the sort of thing that the web content mills are doing.

Although currently based in Frankfurt, Germany (since June), I'm originally from Cape Town, South Africa. An ex-journo, TV producer and one-time presenter of a daily radio show for the SABC (an organisation possibly more like the BBC than the BBC is itself, if you can wrap your mind around that), I'm freelancing for magazines and whatever other worthwhile work I can pick up. For the past ten years I've done a lot of fiction and non-fiction editing for various book publishers in SA, including Penguin and Random House. I suppose I've always believed that versatility would one day be the key to sustained employment, and now that day is here. I've had various spells in the UK, the last of which was from 2000 to 2006, and would have no problem relocating there if the right opportunity came along. Rabidly keen photographer, hence handy with a camera. It's a bit late in life to have to come to terms anew with the hair-raising insecurities of freelancing for a living, but I mean to give it a go.

Reasonably accomplished photographer and videographer (ex-TV producer); able to handle concept-to-completion Corporate video projects (training, how-tos and such). Seasoned book editor and magazine copy-editor. Very dry sense of humour – I was influenced in terms of my preferred writing style by the Daily Mirror's columnist 'Cassandra' as a child and while a student.

Please note that all the information above was provided by the writer. WriteThisMoment.com is not involved in any aspect of recruitment or transactions between you and the writer. Please contact the writer directly, if you have any questions.